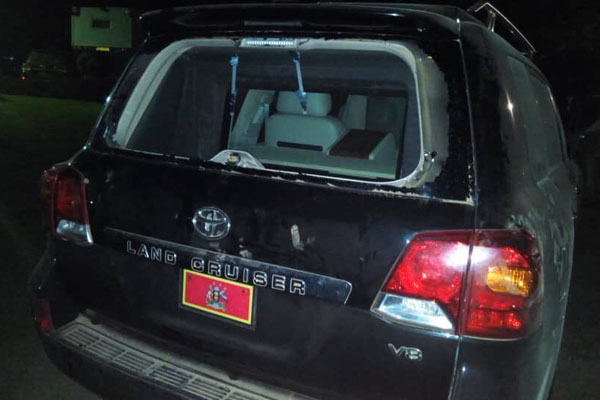 This followed the August 13, 2018, Arua incidence in which one of the cars in the presidential convoy was reportedly stoned by a crowd along Ediofe Road in Arua Municipality.

In Court, these policemen tried to plead for mercy stating that they have huge family responsibilities before them including payment of school fees for their children.

Adding that they are still young and this being their first time offence, Court should be considerate and rule mercifully. But their plea was not attended to.

These officers were found guilty of the offence of neglect of duty, after a solid evidence was presented to prove their guiltiness. But before the evidence was showed, they had denied the charges.

Mr Denis Odongpiny chairperson disciplinary committee, after his ruling said that: “You (defaulters) can still regain the ranks once you work hard. You can appeal to the Police Council appellant court within 14 days if not satisfied with the judgment.”

Wanyoto was however, warned of future felony stating that it will led to expulsion from the police force or rather face serious penalties.

Ms Josphine Angucia, the regional Public Relations Officer, after the ruling said that: “This has been unfortunate for our officers but it should not be the end of the road for them. They can still come back to work for the good of the community. I appeal to our police officers to avoid making mistakes.”

Court says the demotion exercise was conducted in accordance with the police Act Cap 303.