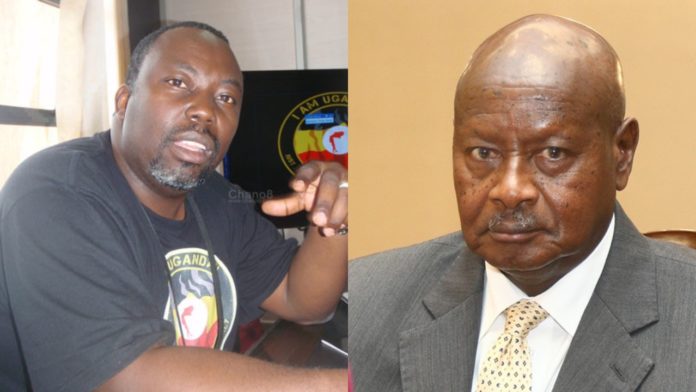 Kawesa in his petition before the Constitutional Court says president Museveni’s immunity should be removed to enable people sue him in Courts of law.

“In any case the presidential immunity is not absolute because a president can be a proper and necessary party to legal proceedings in the Supreme Court challenging the presidential elections under article 104 of the Constitution where he is sued for his personal actions during elections,” Kawesa stated in his petition letter.

But the Constitution of Uganda under article 98(4) says while the president is still serving he will not be subjected to any court proceedings. Both civil and criminal proceedings but prosecution can be proceeded after his or her term of office is over.

Now according to Kawesa since the president can be a complainant and witness in a criminal case, presidential immunity can therefore be eliminated during proceedings for removal of the president from office before a tribunal or medial board accredited under article 107 of Uganda’s Constitution.

“Therefore, not all acts of the president are official presidential acts which are protected by presidential immunity,” Kawesa stated.

Richard Kawesa addressed president Museveni in October 30, 2018 asking him 5m shillings as compensation for copyright when he used the ‘Another Rap’ song in presidential campaigns for 2011.

Kawesa says he wrote the ‘Another Rap’ song which made president Museveni win the 2011 presidential elections.

“This song also became a popular ringtone which was obtained on all mobile telecommunication platforms and enhanced the top of the mind awareness of your brand to the Uganda populace while making billions of shillings in royalty fees in the process,” part of Kawesa’s demand letter addressed to the president and a copy to the Uganda Registration Service Bureau through Muwema and Co Advocates.

However, president Museveni refuted the claims stating he is the ultimate owner of the song since he was the one who commissioned it. And he owns it legally since the copyright name were registered in his name under registration number UG/C/2010/25, in a letter written by his lawyers from KTA advocates.

Kawesa was latter informed that no one can file a case against the president because he enjoys and protected by the presidential immunity under article 98(4) of the Constitution.

“The petitioner seeks for an order directing the High Court Commercial Division to investigate and determine the appropriate civil redress in respect to alleged copyright infringement in the ‘Another Rap song case.”