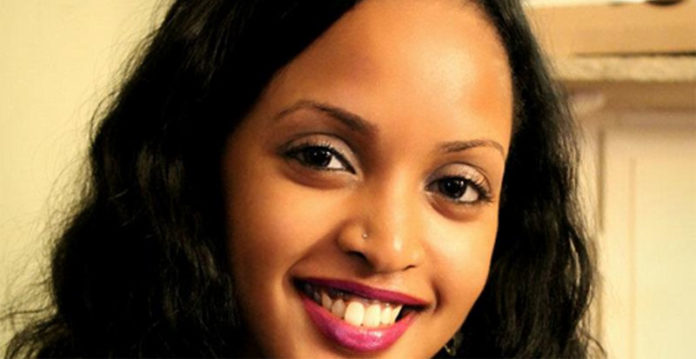 It’s been a while since you last heard from Tooro Princess Ruth Komuntale. Hope I am right.  For starters, in 2012 Komuntale and one Christopher Thomas wedding hit the headlines as the chosen one by the then 23-year-old Princess who had chanced on him during her sojourn in the US where she studied.

In 2013, Christopher publicly accused the Komuntale of infecting him with herpes and this was the major cause of their divorce.

It was unfortunate that this relationship didn’t last for many years and the couple separated leaving Thomas concentrate on more drugs and prostitutes in Kampala suburbs while Komuntale continued with her life finding a new love of her life. According to reports reaching Flash Uganda Media indicates that Komuntale who is madly in love with her new catch has hint on wedding between the two in the near future. This time round the lucky man is a fellow mutooro called Phil Amooti a Technology Engineer based in Dubai according to a trusted source and the two are seen showing each other love.

“Countdown begins. February, April, and then boom! Thank you for all the sacrifices you make for us and this country baby.” The queen posted on her official Face book page to alert he fans and well wishers to get ready for the wedding.

In the past years Ruth Komuntale has not been shy about falling in love again. Since her scandalous divorce from her first husband in 2013, she has kept it low-key until she found new love in Phil Amooti, a fellow Mutooro man and Technology Engineer based in Dubai.

Wish you well Princess Komuntale and your new companion.