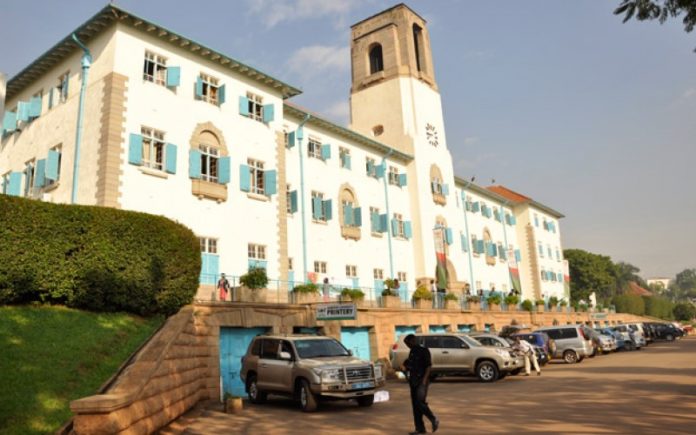 Makerere University Staff Association have laid down tools as the second semester kicks off following suspension of some of their colleagues. They claim some of their members were sacked over unclear reasons.

“We reaffirm the resolution on the withdrawal of labour with effect from January 18 until our demands are met. We also denounce in the strongest term possible, the suspension of another association leader Dr. Deus Kamunyu, the MUASA chairperson.”

Few days back, 45 Makerere University staffs were fired over indiscipline cases including absenting themselves from work, awarding marks to students in exchange for sex, insubordination, assaults and failure to hand in students’ marks in time among others.

Kamunyu is accused of making false accusations, using indecent language, intimidation of University officials, strikes to undermine the University and continued incitement with intention to cause disobedience.

He is also said to have engaged other staffs in illegal activities and fuelling them to confuse University activities.

Now MUASA and MASA state that, it’s not fair for the University to suspend some of their colleagues over unstated reasons in addition to the fired staffs.

So, as a result they have resolved to freeze their services until their demands are addressed by the University.

“We also demand for the reinstatement of our suspended leaders Bennet Magara(MASA), Joseph Kalema(MASA) and Deus Kamunyu(MUASA).

“I want to congratulate Prof Nawangwe and the team for being decisive in disciplining errant lecturers and staff. Its’ quite embarrassing to see a so called lecturer in court for rapping a young girl and he is still teaching. That is rubbish, they should exit.” Adding that; “Nawangwe has proved that people from remote parts of the country can be better than the ones who have been rotating in Kampala. If you commit a crime you should resign by yourself. We do not want indiscipline, crimes, cheating exams, decadency at Makerere University.”