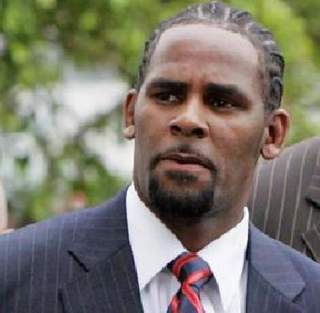 R Kelly will be detained till he pays $161,000 he owed to his ex-wife and their three children as per the Chicago Judge.

This arrived shortly after the Singer tearfully and angrily denied sexual misconduct accusations as he appeared on CBS television interview on Wednesday.

10 counts of aggravated criminal sexual misconduct allegedly involving four victims, three of them being minors were charged against R Kelly.

Kelly pleaded not guilty against the case, spent three nights in prison and later released on bail after paying the bail amount charged.

52-year-old Kelly was jailed following a court hearing on Wednesday in Chicago.

And according to his defence attorney, Kelly faced financial challenges and couldn’t raise the money. There were a “mess”.

The RNB Singer has for long been a target of a boycott campaign, which led to the cancellation of his recording contract.

Kelly at the time of his arrest was ready to pay $60,000 of the money but the judge wanted full amount payment.