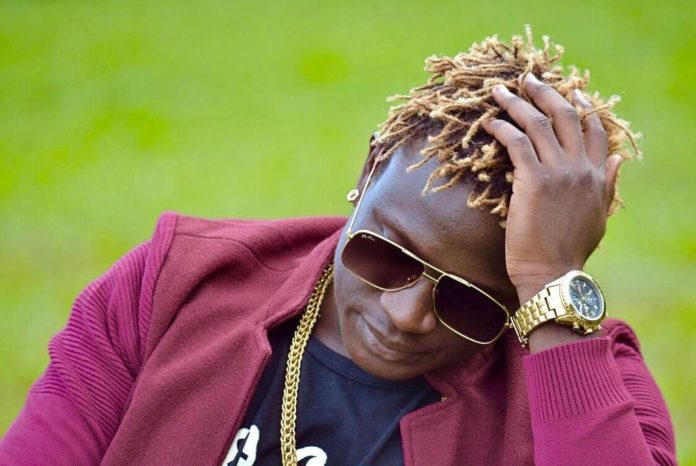 Last night, the entertainment industry in Uganda received bad news from one of the petrol stations in Bukuya, a small town between Mityana and Mubende districts when a security guard shot popular rapper Wabuyu Gibson aka Gravity Omutujju who had performed earlier at a music show.

Reports indicate that the Bijanjalo singer is still alive and nursing wounds in one of the hospitals.

According to unconfirmed reports indicates that Gravity Omutujju forcefully entered the petrol station despite the warnings received from the guard claiming that he is a big star who needed fuel to continue with his journey.

Although many people most especially on social media platforms has argued that this is one of the many stunts by the rapper, Flash Uganda Media has seen a medical paper signed by a police officer Nyakatukuka force number 3137 dated 20th February 2019 confirming the earlier reports.

The letter contains the name of the police station, Bukuya Police station where case SD.REF.19/20/02/2019 was reported with attempted murder and the guard is being hunted.

By the time of publishing, we had not yet heard from Gravity’s camp to confirm the allegations mentioned above.