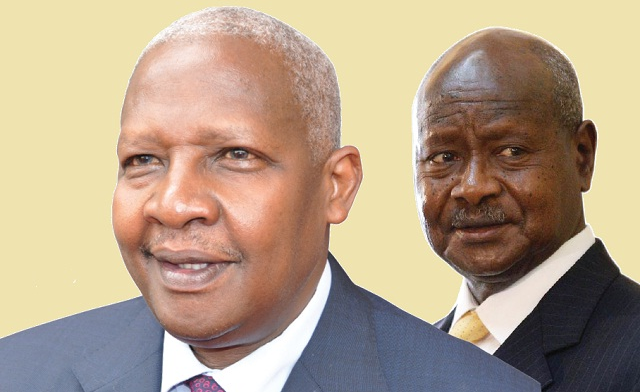 Following the directives issued by President Yoweri Kaguta Museveni to the Attorney General William Byaruhanga, to investigation Minister Sam Kahamba Kutesa’s international bribery case involving a Chinese energy conglomerate, a China energy company. Members of parliament however, want him to step aside to give room to an independent inquiry into the scandal. This week President Museveni and close relative to Sam Kuteesa were accused of receiving a huge bribe from a Chinese investor which forced Ugandans to question their wealth.

In his statement during the State House Anti-Corruption Launch on Tuesday, Museveni revealed that Foreign Affairs Minister Kutesa disclosed to him that the money was meant for charity organisation and therefore if there accusation, he is entitled to account for that money.

“If it was for charity, was it delivered to the charity organisation? We are going to find out”, Museveni stated.

Museveni also said that, it’s a crime for Kutesa to obtain money from a foreign company indicating that its bribery and he will be answerable.

However, during the Tuesday parliamentary sitting the Attorney General William Byaruhanga committed himself to the task assigned to him by the president, saying that he is going to investigate the case and deliver the report as soon as possible.

“It’s also true that his excellence the president has asked me to investigate this matter. I am going to inquire into this matter and at the end of the inquiry this parliament will be made aware of the findings of that investigation”, Byaruhanga told parliament yesterday.

He added that, the report will be ready after parliament resumes its sitting in January.

Meanwhile, parliament demanded that, they should carry out their own investigations as parliament, claiming that the Attorney General’s probe may not deliver credible outcome.

Theodore Ssekikubo Lwemiyaga MP said Sam Kutesa should step aside to enable thorough investigation into the matter. Arguing that there is no way he should continue holding the foreign affairs ministry yet he has a bribery case from a competent court.

“The government should tell us the capacity and the current position on how money moved from a China Bank and wired to United States to a Stanbic Bank account here in Uganda without any rejection from the financial intelligence agency we have in Uganda”, Ssekikubo points out.

However, Hon. Rebecca Kadaga speaker of parliament informed honourable members to prepare a substantive motion apart to investigate the matter before they undertaking any decision.

Similarly, Patrick Ho was convicted last week for bribing African Leaders to secure oil rights for a Chinese energy conglomerate and he will be sentenced in March 2019 after he was found guilty of bribing $2m from Chad’s president.