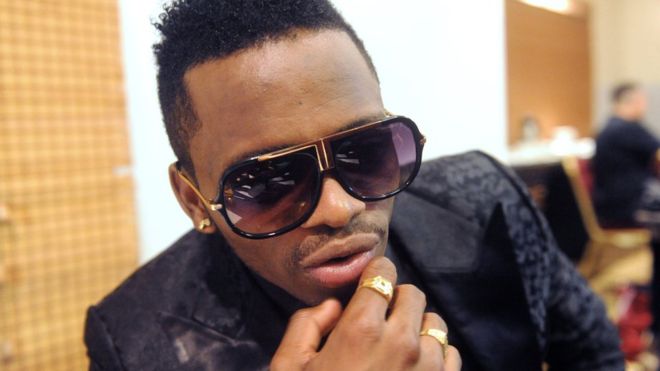 Following the Sunday performance, Popular Tanzanian singer Nasib Abdul commonly known as Diamond Platinumz has been banned from performing in Tanzania until further notice after he performed his ‘Mwanza’ song banned earlier by authorities.

Diamond Platinumz performed his Mwanza song on Sunday which was suppressed by BASATA the Tanzanian’s arts governing body weeks ago.

BASATA stated that Diamond disrespected the ban imposed earlier and performed the banned song Mwanza at the concert where he popularised his song ‘bongo flava’ while singing in the port city of Mwanza.

Platinumz was suppressed along with his fellow musician Rayvanny who also features in Mwanza song. BASATA states that these two musicians have also been banned from performing outside Tanzania. But not yet clear how they will enforce this.

However, according to Diamond’s social media posts he says if Tanzania does not want him to perform he will go somewhere in another country where his music in needed.

“If Tanzanian laws say I can’t perform here, I can go to Kenya where I am not banned,” diamond said.

This came at a time when Diamond is expected to perform at an end of year concert in Kenya.

This same incident has been experienced by Ugandan singer Bobi wine of recent who was banned to perform at any shows by Police Force with claims that he doesn’t follow the regulations established by the authorities.

We are waiting to see what is next for Diamond Platinumz and his Wasafi crew.