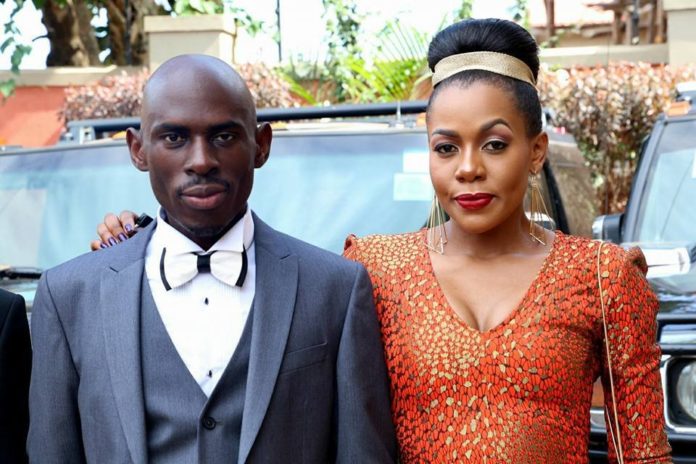 This came after Mbuga was extradited to Denmark just one week after his release from Dubai prison.

Patrick Onyango, Kampala Metropolitan spokesperson, confirmed the development but said no details have so far reached his desk.

“She is being held on a case of money laundering but the details can be obtained from CID headquarters in Kibuli.”

A police officer who preferred anonymity said that the Directorate of Criminal Investigation (CID) in Kibuli arrested Chebet for allegedly defrauding a Swedish National.

“Yes she was arrested and brought here but as far as I’m concerned we are only keeping her for a night. She will be taken to Kibuli where the case is being investigated.”

According to sources from Interpol Uganda, they said Ms Chebet has warrant of arrest on their desk.

“Interpol needs her for fraud and we are going to pick her.”

Mbuga has been jailed in Dubai prison, Awiir Central Police Station, port city on the Persian Gulf, over fraud case. And now after his release from Dubai United Arab Emirates, he had to face another fraud case in Denmark involving $2.6m (9.5b) spoilt gold deal.

He has been in jail for over one year, and was released after paying off these two businessmen one from Oman and another from Dubai he had defrauded. Before he was allowed to see a judge for a sentence.

It’s said the City socialite sold off his luxurious cars to raise the 1.6b he paid to these two businessmen.

In 2018, Swedish Media filed a report indicating that the Swedish government had asked Uganda to help them arrest SK and wife Chebet. Uganda and Sweden don not have an extradition agreement in between.

In February 2017, Ms Chebet was arrested and charged in a Swedish court, but jumped bail and returned to Uganda.

Mathias Laidberg the Swedish Chamber Prosecutor, in Sweden last year through the media said that: “As stated in the preliminary investigation, a request for legal assistance from Uganda has been answered.”

It’s said SK’s family is greatly worried about their son, though government and the Danish Embassy has remained quiet about the matter.

SK Mbuga is a City socialite, money bags best known for living luxurious lifestyle and driving posh cars who is currently battling with fraud cases. We will keep you posted