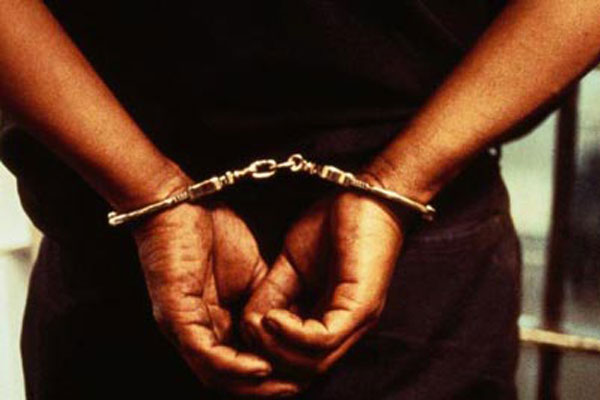 A witch Doctor and his wife have been remanded to Butuntumula Prison in Luwero District, over alleged murder.

Ms Maxensia Namagembe, the grade One Magistrate, on Monday remanded Armstrong Nsubuga together with his wife Racheal Talikuleka of Kyakatula-Butikwa village in Kikyusa Sub county. After they were found owning an unnamed fresh human body.

It’s said on January 30, 2019, this couple and other persons killed an unnamed man, and buried his remains in their shrines’ backyard.

Armstrong and Racheal were not allowed to plead to the charges because their case was beyond Magistrate’s Court jurisdiction boundaries. According to Ms Namagembe.

So, they were remanded until March 2019, for case mention.

Nsubuga, while at Luwero Central Police Station admitted the allegation saying that one of his clients brought the unnamed man to his shrine as a sacrifice. Stating that his clients wanted to acquire riches.

And after murdering him, they pulled out his liver, roasted it and ate it. In fulfilment of the ritual procedures.

On February 2, 2019, Nsubuga was arrested after he was suspected of murdering and offering Moses Busobozi as a sacrifice by residents. But few days later Busobozi showed up.

However, police proceeded with their investigations and in the process searched Nsubuga’s house and landed on a fresh human body and remains of other unnamed persons buried in eight shallow graves in Nsubuga’s residence.

According to police, the body found at Nsubuga’s home is lying at Mulago Hospital Mortuary still unnamed.

While the other remains established were taken to the Government Analytical Laboratory tests in Wandegeya Kampala.

Today, Nsubuga is homeless after the residents of Luwero burnt down his home and shrine protesting his alleged merciless ritual activities.

Related cases have happened in other areas like the recent Kayunga District ritual murder that happened in Kisoga Village, in Nazigo Sub-county in August 2018.

Where police found five bodies at Owen Ssebuyungo’s shrine after he was arrested for murdering Mirembe Zulaika who visited this witch doctors shrine to cast out evil spirits that possessed her.

In confession of the act, Ssebuyungo told Nagalama Police Station detectives that he received the counsel from his fellow witch doctors, that after sacrificing a human being he will gain more wealth.