Who is Solomon Silwany? Flash Uganda Media looks at his biography, age, wife, family, tribe, relationship with Kasifa Katono, John Francis Oketcho of the NRM, Eunice Namatende of the FDC, and Asuman Basalirwa, early life and education of the current Member of Parliament representing Bukooli County Central in Uganda.

Solomon Silwany is a politician from Uganda. He is the current Member of Parliament representing Bukooli County Central.

He also belongs to the National Resistance Movement (NRM) party.

Solomon Silwany was born on March 14, 1983. He is married to Kasifa Katono who is a researcher at the National Agricultural Research Organization.

He graduated from Makerere University with a Bachelor of Arts degree.

Solomon Silwany is the former Vice-chairperson of the NRM caucus in the parliament and he also formerly sat on the Natural Resources Committee.

In the 2021 General elections, he garnered 24,244 votes and won the election becoming the Constituency representative of Bukooli Central in the Parliament.

He was also chosen by the President to replace Usuk County MP Peter Ogwang on the Parliamentary Commission, the highest decision-making body of Parliament.

His name was presented to Parliament after he showed interest in the vacant position as a backbench commissioner which Ogwang had vacated after being appointed Minister of State for Information Communication Technology (ICT) and National Guidance.

Solomon Silwany has been faced with his fair share of controversies to last him a lifetime. Most of them resulted from speaking his mind freely.

On July 6, 2016, Nabweru Chief Magistrate summoned Silwany to appear and defend himself against his wife’s claims that he burned her automobile.

He had 15 days to present his defence. His wife claimed that in June 2015, Silwany borrowed her car and, out of jealousy, set it ablaze in Namataba, close to Namagunga.

She claimed that the value of her car exceeded 18 million shillings, and she asked the court to order her husband to pay compensation, damages, interest, and court costs.

On July 27, 2018, an outraged mob accused Silwany of buying votes at the Naluwerere polling place in the Bugiri Municipality during the by-elections.

Silwany allegedly pulled out a pistol and used pepper spray to protect himself from the angry crowd. He then got into a police patrol car and eventually escaped.

In January 2021, Silwany was chased out of a funeral in Bugiri. According to sources in the region, the enraged crowd accused the MP-elect of stealing votes to keep his position.

Ngiya sought that the court declare the elections invalid because they had been tainted by vote rigging and voter bribery. Against Wafula Oguttu of the Forum for Democratic Change (FDC), who received 12,555 votes, Silwany won the race with 24,244 votes.

Serukuma, who delivered the decision, claimed that the petition was false since Ngiya had not persuaded the court that he was a registered voter in any of his affidavits. Additionally, Ngiya was unable to secure the necessary 500 registered voters to endorse the petition.

Following the passing of the controversial age limit Bill, Silwany was chased away from a funeral in Nankooma, Bukoli county in Iganga District.

Issues arose when Silwany, a representative of the NRM party, was given the microphone to address the mourners at the burial of the NRM councillor for Nankooma.

Silwany began by hailing the deceased as a cadre of the NRM party that would be difficult to replace. However, in the middle of his speech, mourners heckled him and called him a traitor.

However, Silwany said that he was the one who declined to speak and was never chased when asked to comment later.

Solomon Silwany proposed that either the government provide Prof. Emmanuel Tumusiime Mutebile‘s family with a house as a present or permit them to continue living in Kololo, an affluent Kampala City neighbourhood, where the governor’s official residence was located.

This was in a bid to honour the longest-serving BOU Governor for his exceptional performance and contributions to the nation.

However, the motion by MP Silwanyi for the family of the late Mutebile to retain the BOU Governor’s Kololo home was denied, and the government was given the task of working with BOU to make sure the family received a decent home.

In October 2022, Hon. Solomon Silwany claimed that the Forum for Democratic Change (FDC) party was the best-organized political party.

Despite being an NRM member, he spoke his mind when appearing on a live television program. He also claimed that the NUP had no ideology and nothing to offer. Because of this, their primary goal was just to remove H.E. Yoweri Kaguta Museveni from power.

Editor’s Note: Please contact flashugnews@gmail.com if you find any of the content to be inaccurate or outdated. 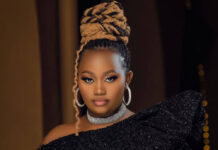 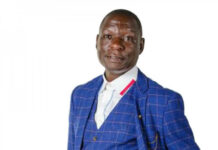 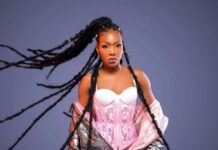