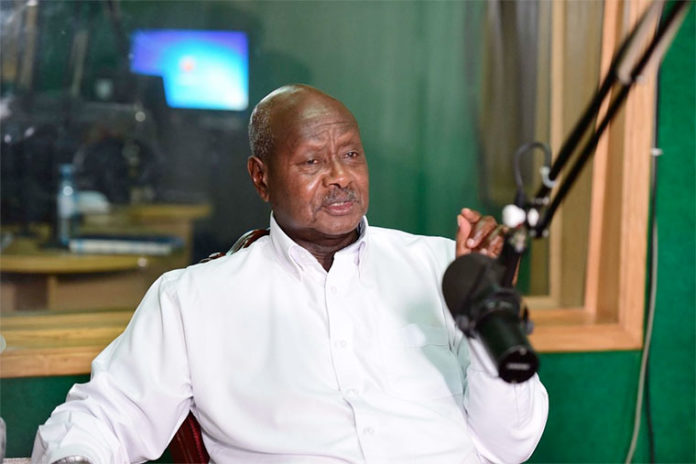 President Yoweri Kaguta Museveni, has attacked Members of Parliament for increasing their salaries yet the people they lead in their respective constituencies are extremely poor.

Museveni was at a ceremony where he launched a book, that contains achievements Muslim communities in Uganda has arrived at under NRM regime.

Legislators last month increased their allowances by 39 per cent and 15 per cent for parliamentary staff, arguing that cost of living is high. This means an additional budget for MPs will have to be drafted, that’s shs64b added to shs497b previous budget.

One year back, the same parliament raised their salaries and allowances by more than 100%, that’s shs11m to shs24m. and as a result of this increment, tax payers had to suffer shs90b tax burden.

Now Museveni in his message at the ceremony argued voters to weigh their MPs and evaluate their contribution towards the community, other than their own bellies.

“As voters, I also encourage you to engage your MPs to see that they support your interests. They should not just think of raising their salaries. Going on trips abroad or creating new districts. MPs should stop asking for salary increment. Let’s work on our (National) priorities first.”