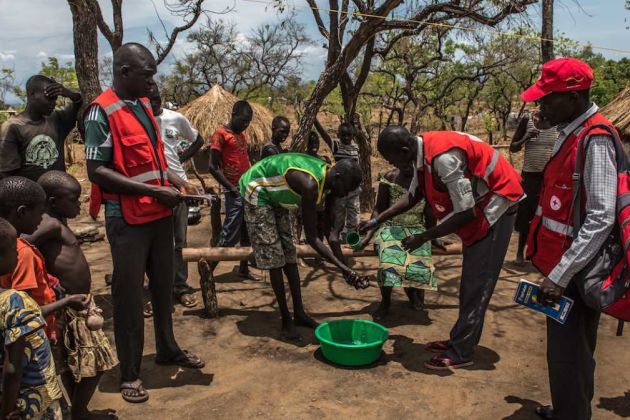 Government has started an investigation to establish instances that led to the death of three people, leaving 220 hospitalised in Amudat and Napak District, following suspected food poisoning of UN WFP foods.

Hundreds of people developed health complications after eating super cereals, a fortified blended food that was supplied by the World Food Programme on Wednesday last week, in Amudat and Napak districts, believed to be poisonous.

Several patients from Napak and Amudat, developed mental illnesses, body pains and diarrhoea, after consuming this super cereal, food produced in Turkey and supplied by the UN World Food Programme. And some haven’t taken in food for days.

Lotome Health Centre has 14 staff but received 140 patients with related cases. 138 of them discharged, one referred to Manyata hospital and one death registered.

The ministry of health, together with the Uganda National Bureau of Standards and the World Food Programme have taken samples of the food to carry out investigations and find out what really caused the disaster.

READ  Bryan White comes out on how he became rich

At Kalita Health Centre III in Amudat District, number of patients were small, with 78 cases registered so far and almost all of them have been discharged. And registered only one death as a result of suspected food poisoning.

The food was made for malnourished mothers and children but as a result of hunger in families, they end up sharing the same meal with the entire family.

World food programme has since suspended the distribution of this food in the country.

“We took it out, and I want to make it clear that the food was not donated by turkey, Belgium or Italy. It was produced in turkey, Belgium and Italy,” Mr Elkhidir Daloum, WFP Country’s Director said.

Mid this week, result of the samples taken are expected to be out. However, the office of the prime Minister has taken over the distribution of food in the affected areas.

“I received 500 bags of posho and 100 bags of beans. And we are going to consider this family with some reserve food not only Lotome, but also other counties were the victims have been identified,” message from the Office of the Prime Minister.

But as investigation by government and WFP proceed, it’s noted that the suspected poisoning is only in selected areas (two districts) out of the eight districts making up Karamoja area.