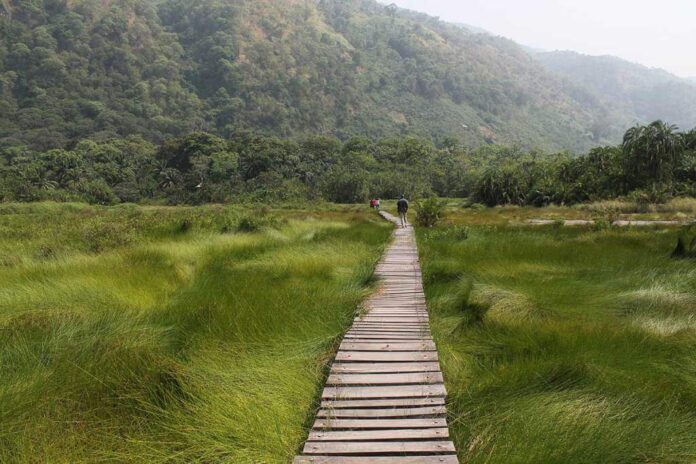 It’s one of the less frequented national parks with unspoiled attractions suitable for relaxing in the untamed peace. The Valley welcomes visitors looking to avoid the increasingly busy, more well-known areas of Uganda while yet enjoying the best of the nation.

Semuliki National Park is located in Bundibugyo District and also lies on Uganda’s border with DR Congo. This area of Uganda is home to the largest concentration of the Ituri Forest in the Congo Basin. Without leaving Uganda, this is an excellent way to get to know the people of Central Africa.

Semuliki National Park is home to 441 documented bird species and 40 per cent of the bird species are found in Uganda’s woodlands. It has earned the moniker “True Birders’ Haven” as one of the country’s top birding destinations.

Given the numerous routes that carry tourists through the historic forest, papyrus marshes for birding, and the Sempaya Hot springs, the park is only explored on foot.

On a boat safari on Lake Albert from the reserve, visitors can see the Shoebill stock, the most revered bird, in Semuliki National Park. The papyrus beds that mark the point where the Semuliki River joins Lake Albert are the finest places to spot the shoe bill stock. It can be seen while on a boat ramp ride.

It is such a thrilling adventure to travel across the lake with breathtaking views of the misty blue mountains of the Democratic Republic of the Congo in the background.

The fishing activities and the overall experience are amazing. To see the shoebill stork, the boat excursion should be taken early in the morning and late at night.

At Semuliki National Park, wildlife viewing is the most popular tourist activity. The Toro-Semuliki reserve lies in an open area where wildlife can graze freely and hunt for food. It was also enclosed to keep the animals safe in their environment and also for the safety of the nearby locals.

It’s saddening to hear that the park now only has about 53 animal types that can be explored on three-game drive tracks. Nonetheless, you will enjoy watching the wildlife in this national park, thanks to the area being secured by the Uganda Wildlife Authority.

A few of the animals you’ll be able to see include; leopards, elephants, buffaloes, Waterbucks, Warthogs, Uganda Kobs, Pygmy Hippos, hyenas, and Bush babies. It’s best to go for an early morning game drive to see most of these animals.

For others like hyenas, evenings work best because it’s when they come out to hunt.

Semuliki wildlife reserve is popularly liked for evening ga e drives because most of the animals in the park are nocturnal. All this is done under the guidance of well-trained guides. You can be sure that the drive through the park will be safe and enjoyable.

More tourist activities around Semuliki National Park are Chimpanzee trekking. This activity is particularly impressive because, in contrast to chimpanzees in Kibale National Park, Kyamburo Gorge, or Budongo Forest, these animals live in a dry forest environment.

In the Semukili National Park, chimpanzees search far and wide for food sources.

As a result, tourists shouldn’t anticipate finding the chimpanzees to be simple creatures. Nevertheless, seeing them can be fascinating because it’s possible to see them travelling short distances on just two legs.

To better understand the connection between the chimpanzee population’s habit of walking on two legs and the creation of a new species, the wildlife research program has exposed it to a process of habituation. The procedure of trekking is the same as it is in other chimpanzee trekking locations.

In Semliki however, chimpanzee trekking is done by accompanying researchers on a walk with primates in the forest; trekkers shouldn’t expect to observe chimpanzees during trekking because they travel swiftly and far.

The Semuliki River spans over 160 kilometres. It’s one of the water sources that feed the huge river Nile. Crocodiles, hippos, and countless birds live in this river.

Most visitors like to take long treks as they follow the river as it meanders through rift valley forests.

While on your Uganda safari trip, the hot springs are worthwhile visiting. Both long and short routes lead to the park’s hot springs.

Sempaya Hot Springs, which are divided into female and male hot springs, is located within Semuliki National Park. The hot springs’ cultural origins and geographical ties will be explained by the park rangers.

The park offers many trails, such as the Red Monkey trail, a shorter 11 km trail that runs along the Semuliki River’s eastern border. This trail and area are frequented by the rare DeBrazza’s monkeys.

In contrast, the 8 km Sempaya nature route, which is also the park’s shortest trail, introduces you to some monkeys before leading to the park’s hot springs.

The optimum times to take this trek are in the morning or late in the day because it takes between two and four hours to get to the hot springs.

Four indigenous groups live in the region surrounding Semuliki National Park. Any one of the four tribes who live on the park’s perimeter can be visited by visitors.

On the slopes of Mount Rwenzori, the Bakonjo and Bamba pygmies cultivate crops (rice, matooke/bananas, potatoes, and cocoa), while the Batwa pygmies hunt and gather in the forest.

As pastoralists, the Batuku occupy the park’s northern region. The lives of these tribes, especially the Batwa, are changing as a result of tourism and urbanization.

The Batwa were once free to roam the forests of Rwanda, Uganda, and the Democratic Republic of the Congo, but they have since been relocated to locations outside the parks.

The entire year can be spent visiting Semuliki National Park. The greatest time to travel is, however, from April through June and from July through September, when it is dry.

Due to less mud during these dry months, travelling around the park is simpler. The park is difficult to navigate during the rainy season, which occurs between December and March and from October to November. Rain causes the rivers to fill up, flooding some areas of the park.

Semuliki National Park offers so many things to do when you visit. Visitors who are interested in Semuliki can embark on wildlife drives, birdwatching excursions, trips to the two hot springs, and nature walks.

For a full safari in Semuliki National Park, it is essential to pay a cultural visit to one of the nearby tribes living outside the park. There’s so much to learn from them. Feel free to use our list of tourist activities around Semuliki National Park to plan your Ugandan Safari accordingly. 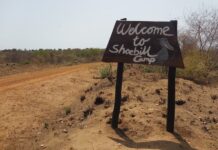 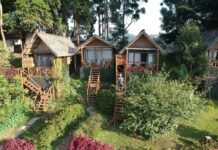 A List of Hotels for Accommodation Near Mgahinga National Park 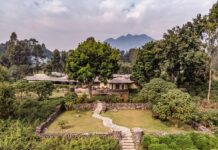 A List of Lodges for Accommodation Near Mgahinga National Park