Through its Flying Squad Unit, the Directorate of Crime Intelligence has begun returning stolen vehicles to their rightful previous owners after thorough verification processes.

The Directorate of Crime Intelligence through its Flying Squad Unit has started handing over stolen vehicles that were recovered, to the rightful previous owners after very thorough verification processes.

According to Fred Enanga the police spokesperson, during July and part of August, they recovered up to 34 suspected stolen motor vehicles.

He mentioned that crime task teams have made the fight against theft and robbery of motor vehicles a priority and so far out of the 34 vehicles, 11 are set to be returned to the rightful owners after which others will also be returned.

“Out of the 34 vehicles recovered, 11 are to be handed over to the owners leaving a balance of 23, that are still undergoing thorough verification. Our task teams continue to gather, exchange, analyze intelligence surrounding chop dealers were stolen vehicles are dismantled, garages, second hard dealers etc. Having a vehicle stolen can have a devastating impact on the victims and financial consequences,” he said.

“It is against this background that we urge the public especially drivers and car owners, to always park in secure places, lock their vehicles, keep the keys safe, beware of car jerkers, install modern vehicle alarms and tracker systems, park responsibly, watch for car thieves, fit good in-car security locks like steering wheel, locus gear level locks or clutch pedal security device, for added protection and to manually check whether their vehicles are locked, before walking away etc.”

He advised individuals buying second-hand motor vehicle from dealers to fast check, whether the identity of the vehicle has not been changed and also ensure the vehicle identification number in the vehicle is the same as the engine numbers on the vehicle, before acquiring it.

“We want to stress the importance of using a combination of barriers to stop opportunistic thieves, from stealing your vehicle. Remember, everybody can play a key role in making sure their vehicles are safe. Taking steps to make a car more secure will reduce the chance of theft, but a tracking device will improve the chances of recovery,” Enanga added. 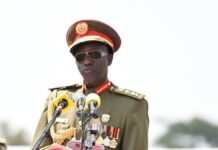