In a joint press conference held yesterday, Uganda’s opposition candidates urged their voters to turn out in big numbers and vote.

As we head to the general elections on Jan.14, Uganda opposition Presidential candidates met yesterday to plan how best they’re going to guard their vote.

In a joint press conference held at Hotel Africana, Uganda’s opposition candidates urged their voters to turn out in big numbers and vote and after voting they should not leave the polling stations but instead stay behind and guard the vote.

“We are telling you that you will not be breaking the law when you stay behind and watch what’s going on,” Kyagulanyi said.

The candidates also accused the commission of concealing some serial numbers of some ballot papers which opposition candidates look at a move to rig the election. However, the acting spokesperson of the Electoral Commission says all candidates were availed with all the necessary documents.

“We have not received all the serial numbers for certain polling stations and we need to have the meeting with the Electoral Commission to electrify that anomaly,” Muntu said.

“If Mr. Museveni fails to win by 50 percent it means immediately all these will rally behind whoever has the highest votes,” Besigye said.

Democratic Party’s presidential candidate Norbert Mao missed out on press conference because he was finalizing his campaigns in Acholi sub-region which is his strength and it’s in this region where he garnered most of the votes in the 2011 elections.

President Museveni will be seeking for the sixth term this Thursday in presidential campaigns that have been more like battlefields to those at the opposition and we have heard less of the ideas and promises to be made. 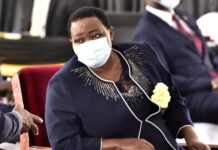 PM Nabbanja: This Time, We Will Give You Mobile Money, Not Posho and Beans 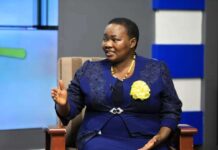 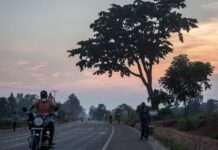