Born Zarinah Hassan, best known as Zari Hassan, is a Ugandan socialite, businesswoman, a musician, wife and a mother.

Zarinah Hassan (Zari Hassan) one of the personalities who enjoys publicizing their life events on social media platforms.

Zarinah Hassan was born on the 23 September 1980, to Nasur Hassan and Halima Hassan in Jinja District.

She has four siblings, together they are five children, having one brother Abdul Karim Hassan, and her other sisters including; Zuleha Hassan, Asha Hassan and Zara Hassan.

She then left for London in the United Kingdom, for her higher education, where she attended beauty school, graduating with a Diploma in Cosmetology.

The song was nominated for the “Africa channel of Awards” in the category of “Best East African videos of the year” held in Johannesburg South Africa.

Zarinah Hassan is as well an entrepreneur, with holdings including tertiary education institutions and student’s hostels and a cosmetics store.

She has also worked with Uganda government as the Tourism Ambassador after her appointment on October 4, 2018, and worked until Dec 10, 2018.

When Quiin Abenakyo, was suddenly considered to replace Zari by the Tourism industry after being crown Miss World Africa. According to Minister Godfrey Kiwenda, he thought that Abenakyo’s fame will easily sell Uganda both internationally and locally.

But after a short while, Abenakyo declined her appointment under unclear reasons and the Ministry again appointed Anita Fabiola as the new Uganda Tourism Ambassador particularly under “Tulambule campaign” Tulambule ne Fabiola.

After her school in London, United Kingdom, where she spent two years, Zarinah Hassan returned to Uganda in 2000, and in a short while, she moved to South Africa and settled in Johannesburg.

And as time went on during her stay in South Africa, she met and fell in love with Ivan Ssemwanga, the socialite and the Rich gang crew member.

The two got married and lived together for a period of 12 years, in this period they were blessed with three sons, Pinto, Quincy and Didy.

In 2013, Zari divorced Ssemwanga, accusing him of physical assault over some time.

But just in a short while, Zari entered another romantic relationship with a Tanzanian Singer Diamond platnumz, original name Naseeb Abdul Juma, and got married and together they are parents of two, a daughter named Latifah Dangote, born on August 6, 2015, and a son named Prince Nilan, born 6 Dec 2016.

In this case, they both lived in South Africa and Tanzania as they enjoyed their marriage.

February 14, 2018, on Valentine’s day Zari ended her marriage to Diamond Platnumz on grounds of cheating.

“There have been multiple rumours some with evidence floating around in all sorts of media in regards to Diamond’s constant cheating and sadly I have decided to end my relationship with Diamond as my respect, integrity, dignity and well-being cannot be compromised. We are separating as partners but not as parents.”

Meaning it was just a short time marriage from 2014-2018. It’s said Diamond left Zari for Tanasha Donna NRG Radio presenter who lives and works in Kenya.

They had plans for the wedding but after just a few months of dating, the wedding was called off under unclear circumstances.

And accordingly, Zari and Tanasha have not been in good terms with each other. Zari constantly accused Tanasha of consuming most of Diamond’s free time leaving her children yearning for their fathers love and attention.

Before Tanasha, Zari also had issues with Diamond’s Ex-girlfriend, a Tanzania National Hamisa Mobeto, who also has Diamond’s child. The two lived in bitter vibes for quite long.

Ivan Ssemwanga, one of Zari’s children father died on May 2017, after suffering from Stroke.

Before he met his death, Ssemwanga was admitted to Steve Biko Academic Hospital, where he went into a coma, and unfortunately, Ssemwanga died on the 25 of May 2017, shortly after his admission.

His body was then returned to Uganda and received a decent burial in their ancestral grounds in Kayunga district.

After the funeral services were complete, Zari returned to South Africa to continue managing her late husband’s investments in South Africa as well as her established businesses.

But all these happened before her separation with Diamond’s Platnumz because even when Ssemwanga was sick, Diamond allowed Zari to take care of her ex-husband until his death time.

After a short period of about one year, the mother of five Zarinah again got another man whom she intends to marry.

This was revealed on social media platforms after she shared photos and videos of their good times with her new love whom she describes as “King Bae” shortly after 2019, valentine’s day where she was showered with lots of gifts.

Zari, in turn, offered her new love with praises after giving her a Louis Vuitton flower Hobo shoulder bag, a teddy bear, balloons and chocolate which drove her crazy.

For some time now, Zari had kept her relationship private ever since her separation with Diamond Platnumz on 14 of February 2018.

However, it seems silent times ended, and the boss lady chose to publically show off her new man who has been showering her with lots of good things and surprises now and then. But hid his face in all the pictures displayed.

The Boss Lady argues that her man is not a social media fan, he prefers privacy which she has respect upon. But those waiting to view him on social media will have to wait long before she goes public with him.

Earlier on, Zari said that the next man she will introduce to her children will have to be the perfect father figure and not one out to play games.

But the one her children will be proud of, and a man whom her daughter will say; one day one time I want to get married to a man like my dad.

Ssemwanga owned a 5-star Hotel in Nankulabye along Sir Apollo Kagwa Road, as reported by an online leading news agency but withheld the name due to security concerns.

He owned the Brooklyn schools. In this case, Zari is the CEO of the schools.

They also had a home in Waterkloof in South Africa, self-contained home having a swimming pool and all the trappings of moneyed folks. Among other houses still in Waterkloof.

They as well owned a Real Estates Company, one of the largest Estate Companies in South Africa.

Ssemwanga’s expensive Toys he owned were all left in the hands of Zari, the boss lady including a Lamborghini and Chrysler.

The late Ssemwanga, Zari’s Ex-husband reportedly collected USD700 million every month from his enterprises which are South African based.

And according to Ssemwanga’s last will, Zari was allocated 50% of the total wealth. Meaning Zari gets about USH 350 million monthly.

Nevertheless, Zari was not very famous before his marriage to a rich gang crew member, the Late Ivan Ssemwanga and more fame that rose internationally after marrying Diamond Platnumz.

Zari was a big-time socialite in Uganda, but her fame improved following her Husband’s death, the city tycoon belonging to the rich gang Ivan Ssemwanga.

And until today she rocks all media platforms. 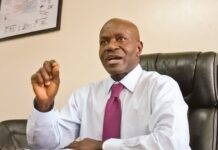 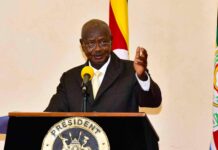 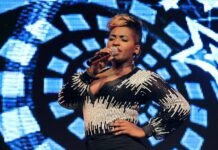