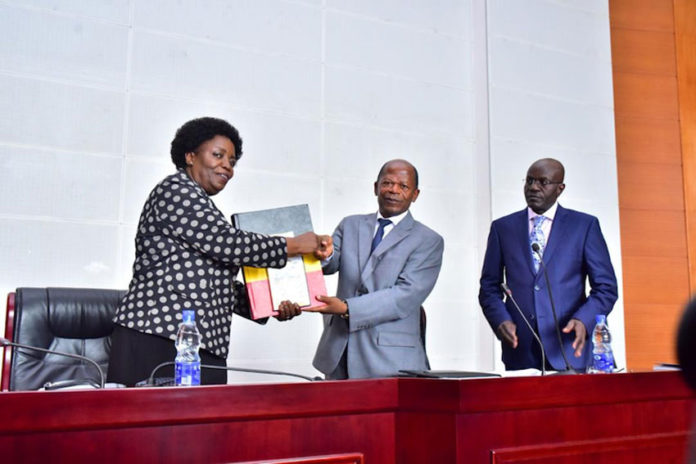 Statistics show that the number of candidates who registered for 2018 UACE, tremendously declined by 2,335, compared to 102,007, candidates who sat for UACE in 2017.

The exam result indicated that girls outshone boys at all levels, and according to UNEB the percentage of girls who acquired three principle passes were 42.9% compared to 33.7% for the males.

27% of the girls obtained two principle pass while for boys it was 27%. 0.8% of girls failed which is lower as compared to boys who registered 1.8% failures. Implying that girls performed better than boys in the 2018 UACE exam.

And in particular, the overall performance was very high though with 98.6% qualifying for the award of UACE certificate as compared to 98.5% of 2017.

According to 2018, data analysis 1489 (1.4%) candidates failed in total and do not qualify for University, Institution or rather Certificate, because for one to qualify he or she is required to have at least a subsidiary pass in a principal subject.

Uganda National Examination Board (UNEB) also registered a decline in performance of these subjects that includes; literature in English, agriculture, CRE, Biology as compared to 2017.

Prof Mary Okwakol while releasing the results said that slightly over 10% registered for Science subjects.

“This is a persistent chain that needs to be addressed urgently. So, as to ensure that the nation makes sufficient number of learners in science to enrol for science professions.”

On average less than 10% of the students were females.

“Honourable Minister there’s a serious problem developing in Biology practical paper where candidates do not carry out the dissections of the segment that are provided as required by the question but proceed to make drawings that are crammed cramped from Facebooks,” Dan Odongo, the Executive Secretary UNEB.

Although no study has been conducted to find out the reasons for the evident low transition from UCE to UACE, UNEB says the number of student joining A-level is generally low.

Dr JC Muyingo, State Minister for Higher Education who presided over the release of the examination on behave of Hon Janet Kataha Museveni, the Minister of Education and Sports, said government is considering enrolling more science teachers to improve on the performance of science subjects.

The report indicated that some schools fake UACE results with intent to please parents and students.

And this prompted Prof Mary Okwakol, the UNEB chairperson to issue a warning to schools which are under this practice to stop with immediate effect or else cancellation of their centres will be considered.

“It has come to the attention of the board that some head teachers issue fake examination results with the intention of falsely pleasing parents. The board strongly warns those engaged in this illegality that they risk having examination centres withdrawn.”