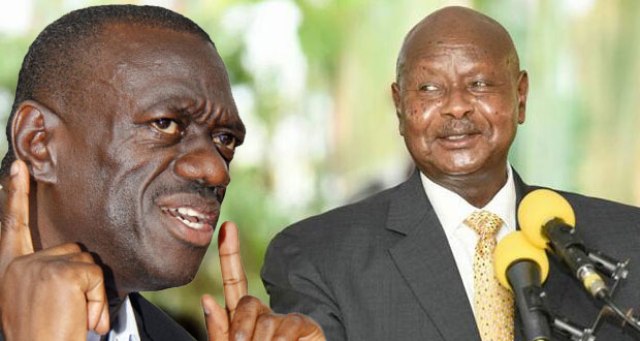 The former FDC party president, Dr Kizza Besigye, the opposition strongman has said that the 2021 presidential election is meaningless, and any person seeking change in this country should drop his or her dream. Reason being president Yoweri Kaguta Museveni has already destroyed the Uganda Constitution to force his long stay on Ugandans, past the stated time period.

“Why should anyone serious about liberating this country think of 2021? President Museveni already attacked parliament, by which act he attacked the country because parliament represents the country, to force himself onto Ugandans beyond what the law allowed him,” Dr Besigye said.

Besigye continued to state that the no one should think of a free and fair vote, because president Museveni is now exerting much pressure to make his long stay.

“You can’t expect such a person to let free and fair electoral process take place. He is now using force to stay in power, and the election will only be a vindication of what he did to keep himself in power by attacking parliament and destroying our constitution.

Relatedly, Besigye says Electoral Commission cannot be depended on, to conduct a free and fair election. In his argument he says the EC chairperson was appointed by the president, and as a result he’s mandated to serve the president fully.

A freedom fighter ends the struggle only after his death.

Rtd Col Dr Kizza Besigye, the four times presidential candidate and the former FDC president has promised to continue with his campaign against president Museveni’s rule.

Despite various calls from fellow opposition politicians to step down and pave way for young players.

“A freedom fighter can only stop fighting when he dies. A fighter can always participate in battle with whatever he has left, rather than calling it quits. If I am too old, I can provide food to those fronting the struggle,” Besigye said while on NBS TV morning breeze talk show.

In his further remarks, Besigye says the struggle today shouldn’t be centred on leadership alone or rather who to lead the struggle against president Museveni.

“I have never set out to seek leadership. I have actually never contested for any office until 2001. I don’t consider those as contests for leadership, they are contests for liberations,”

He says opposition in this fight is not dependent on its leadership but on Ugandans who are dissatisfied with the regime.

He also said that freedom fighters should focus on reviving Uganda.