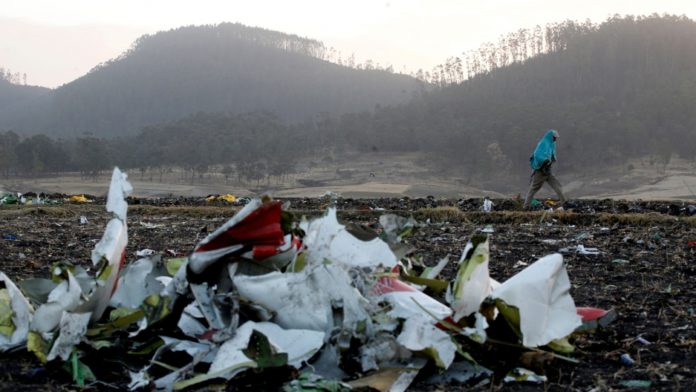 “The process of identifying the victims will take at least five days, and families will be notified.”

And experts say; the other remains are expected to take long time probably weeks or months, because of the fire that consumed them and to some a DNA test will be conducted to prove their identity.

Boeing 737 Max 8s crashed into a field six minutes after take-off on Sunday morning on its way from Addis Ababa to Nairobi. The crash was characterised by streaming smoke and sparks killing all the 157 passengers.

This expert who preferred anonymity said that the identification process is going to be a bit complex, reason being passengers were from different countries beyond 30. And Ethiopia has limited forensic abilities.

A 27-year-old Kenyan businessman, Noor din Mohamad, said his brother is a dual British-Kenyan citizen, but as for now they have not yet confirmed when they will bury him and their mother who both perished in the plane accident yet they are Muslims.

“We are Muslims and have to bury our deceased immediately. Now we cannot even recover any bodies. Losing a brother and a mother in the same day and not having their bodies to bury is very painful.”

Israel experts who are currently investigating the incident, stated that recorders recovered on Monday will help them in establishing the Aircrafts last hour events.

However, in this regard Begashaw, was not specific on the exact time period the inquiry will be proceeded.

Eye witness say; before the plane crash, the plane zoomed down over a period, expelling white smoke and debris.

Opher Duch, Consul Israel’s embassy in Ethiopia said that Israel volunteer rescue team ZAKA are expected to arrive in Ethiopia to join the other search and rescue team on Tuesday 12 march 2019.

Boeing Max 8s ET 302 Aircraft has been in business for 50 years and above and according to research it’s confirmed the world’s best capital passenger plane of modern times.

40 per cent of the world’s fleet of Boeing 737 Max 8s were grounded by Civil Aviation Authorities by Tuesday.

This disaster is related to the last October plane crash in which a 737 Max 8 flown by Indonesia’s lion Air crashed into the Java Sea shortly after take-off, killing 189 passengers.