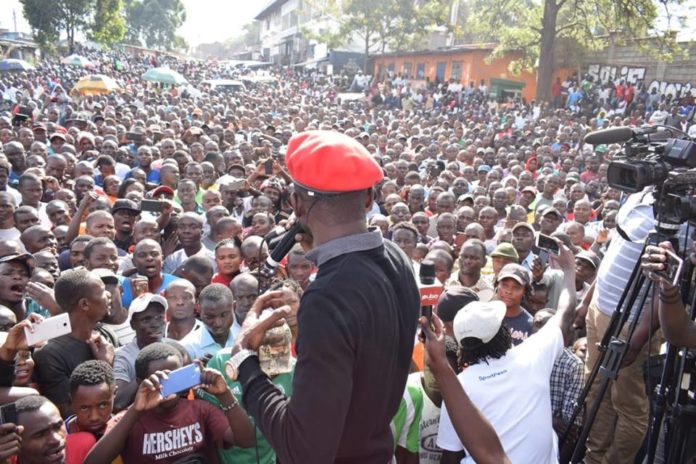 Bobi Wine filed a case against police accusing them of infringing his right to work in order for him to earn a better living, by blocking his music concerts.

Arguing that Wine failed to convince court how his rights to freedom of assembly, rights to work among others were infringed by police after cancelling his concerts.

Wolayo in his judgement continued to state that Wine was supposed to prove beyond reasonable doubt how police and the Attorney General infringed his rights. He said that in all the submissions made, nothing related was indicated.

Wine in 2017 petitioned court through human rights lawyers Ladislaus Rwakafuuzi, stating that stage performances were his source of living ever since he stated singing until police started interfering in his music career on 8 October 2017.

However, some legislators condemned police’s actions stating that it’s a violation of Wine’s right to work, freedom of movement, liberty and speech.

Now after court dismissed the case, Bobi Wine asked police to compensate him 300 million shillings for the losses incurred, following cancellation of his arranged music shows that includes; Colin Hotel Mukono, Kamuli Busoga and in Kasese District where he was invited to perform and then he was suddenly blocked by police yet he was paid.