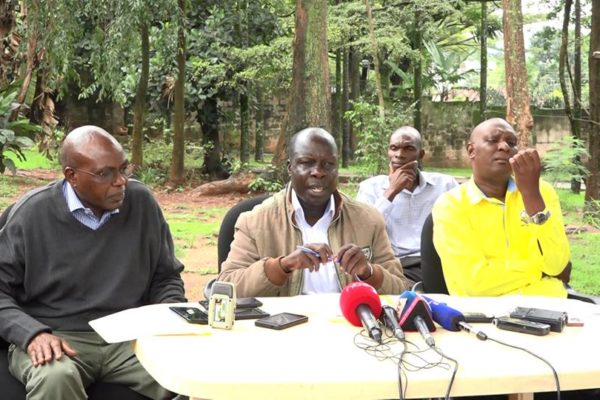 He says nothing now will stop president Museveni from showing up on the ballot paper.

Odoi rallied the country celebrating their victory on the age limit appeal case which he said is “a land mark decision.”

“We are almost recognising a cerebration to welcome this age limit, as a success story. Museveni is a gift, a leadership gift.”

In a media briefing on the electoral road map for NRM party in his office in Kampala, as the country gets ready for 2021 presidential elections, Tanga said Museveni is a gift to Ugandans.

“You want it or not Museveni is a gift of NRM and Uganda. You cannot see electricity going everywhere, roads going everywhere, security of every person, even opposition leaders can be at their homes for one day, and after they move out to go and burry, and you say that this is not a government,” Tanga stated.

Tanga was speaking to the press on the election road map for the party as the nation prepares for the next general elections.

Tanga however, issued a warning to those involved in early campaigns saying that they will turn out costly to them if they don’t stop.

“We want to request you to desist from engaging in illegal campaigns. In some areas campaigns have already started, and they say the Commission led by Tanga Odoi sent them out. We have not commissioned anybody to start campaigns. So, whatever you are doing disrupting MPs who are in parliament because you are in the constituencies which they represent, is illegal,” Dr Tanga Odoi warned.