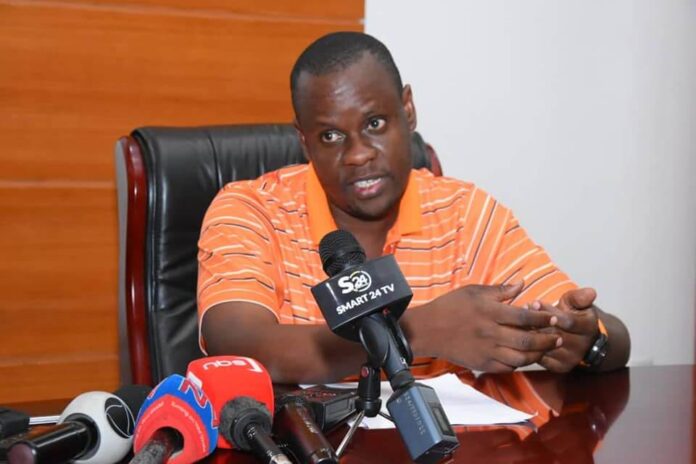 Promoter Balaam Barugahara, better known as Balaam, announced that the concert in Mbale has been called off in order to allow the residents to recover from the flooding.

Events promoter Balaam Barugahara commonly known as Balaam has announced his management has called off the concert in Mbale to allow the residents’ space to recover from the tragedy that was caused by flooding in the area.

Balaam’s concert dubbed Ebinu Lya Mbale had been scheduled to rub this weekend at the Mbale SS grounds however, many Ugandans since the start of this week have been questioning why someone in their right minds would organize parties in Mbale when it’s barely a month since the mudslides and floods that left several locals dead.

In a statement, Balaam Barugahara said his management will consider organising the concert at a later date when the situation normalises.

“We regret to announce withdrawal from Mbale concert preparations due this weekend at Mbale SS grounds due to unavoidable circumstances. We shall party soon when the situation returns to normal,” Balaam said.

“Sympathy for the flood victims in the Bugisu region,” he added.

Meanwhile, close to 30 people were reported dead following flash floods which originated from Mt. Elgon and its prominent slope, Wanale Hill in Mbale in July.

The floods coupled with mudslides caused extensive damage to food and cash crops, permanent and semi-permanent houses were also broken, while others were submerged.

Speaking earlier about the situation, President Museveni said the current flood situation in Mbale is orchestrated by some people who have persistently continued to degenerate the environment.

President Museveni expressed it is very unfortunate that many Ugandans are now dying as a result of some people who continue to destroy and encroach on nature including invading wetlands.

“Condolences to the families of our people that died in the floods of Mbale and parts of the Sebei region. All Ugandans are saddened by this loss. Quick recovery for the injured as God will hear our prayers,” Museveni said in a statement via his social media handle.

He said the situation is an example of what dangers the country should expect from persistent behaviour.

“This loss, highlights, once again, the dangers inherent in environmental degradation by cutting forests, invading wetlands, cultivating on river banks, throwing polythene bags in drainage channels, thereby blocking the free flow of water, settling in flood plains of rivers etc. Why should Ugandans die needlessly and also destroy our environment?,” he questioned.