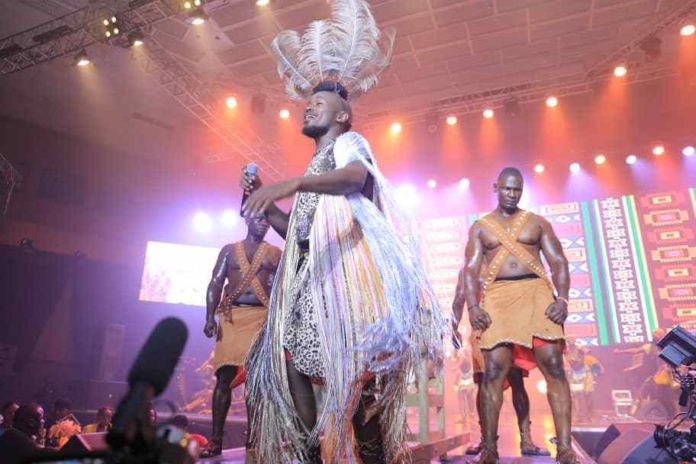 Last night 29th March 2019 was a night for singer and vocalist Ykee Benda when he was launching his song singa and also to celebrate his musical career in a VIP show held at the prestigious Victoria Hall at Kampala Serena Hotel.

The show was embraced with the mammoth crowds and chants from Ykee Benda’s supporters dominated most especially ladies who filled to maximum the conference hall.

The show officially started at 6 PM and many guests started arriving for the show, among these included the controversial dancehall singer Bebe cool who has also performed at Serena before.

During the show, the Farmer hit maker showed up in a full white attire like an angel and performed his tens of hit songs like Singa, Superman, Amina, Time table, Farmer, Whistle Kajambo and several others.

Ykee Benda’s performance was well coordinated, good vocals which left many of his fans standing until when the show ended.

It should also be noted that Ykee Benda is one of Uganda’s most talented and down to earth singers and his success is greatly attributed to his conduct.

Congratulations to you Ykee Benda from Flash Uganda Media.