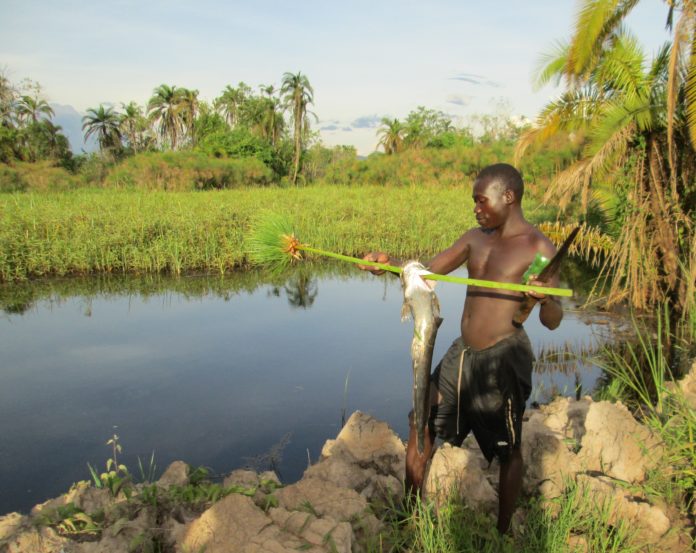 Government to scrap all land tittles in wetlands and forests gazetted areas given to developers in Masaka district. According to Minister for Lands, Housing and Urban Development Dr. Chris Baryomunsi very soon government will deliver a statement on scrapped land tittles to everyone possessing land in government reserved places.

“All individuals with land tittles in protected areas are notified and no one will be spared.”

Baryomunsi’s declaration came after an evaluation conducted in Masaka Municipality to assess the general performance of lands Ministry Zonal office at Ssaza village.

He added that after Masaka Municipality, the exercise will be extended to the rest of the regions in the country by this year.

“We are undertaking several strategic actions to implement a Cabinet directive aimed at curbing environment degradation across Uganda,” Baryomunsi asserted.

Two months back all activities that existed in wetland areas, water catchment and forest reserves were stopped by Masaka authorities. And the most pretentious areas include; Nabajjuzi area along Masaka-Mbarara high way which was turned into a garbage dumping ground by locals living in Nyendo a Masaka suburb and Nakayiba wetland also in Nyendo.

The meeting which transpired over the weekend was attended by several officials including; Masaka lands zonal officers, Masaka Resident District Commissioner Mr. Herman Ssentogo and the Masaka Chairperson Mr. Jude Mbabaali among others.

However, while in the meeting Mr. Mbabali educated the Minister that MP Bukoto South Hajji Muhammad Muyanja Mbabaali holds a land tittle in one of the wetland areas around Lake Birinzi a satellite lake of Lake Victoria in Masaka District.

“I am sure MP Mbabaali acquired the land tittle illegally and has since fenced off the Lake, preventing fishermen and other residents from accessing it. I sought the permanent secretary’s assistance to cancel the tittle last year but all in vain.”

In the defence given by Mbabaali when questioned about the land in question he said that in 1998 he gained the 640 acres of land around Lake Birinzi legally. Adding that it was then not gazetted.

According to Mbabaali he has already laid down development plans of Shs12bn to set up a Beach, Hotel, fish farm and an ice processing plant.

Adding that if government wants to take it away then they will have to compensate him because he is a legal owner of that land.

“The area is privately owned. It had a small water body which kept expanding but if government wants to take it, let them compensate me,” Mbabaali explaining.

Besides, Mr. Ali Wamala the Masaka Senior Registrar was tasked by the Minister during the meeting to clarify why he had to issue land tittles on reserved areas but he said it was done back then before him.

“Honourable Minister, I am aware of the mistake made to give out land tittles in protected areas, but it not my responsibility to cancel them. My role is to investigate and make a report which I forward to the Uganda Lands Commission and I want to inform you that I made a report on the contested land tittles. I am waiting for a response from my bosses.”

After Wamala’s statement dr. Baryomunsi stressed out that corruption is the prime source of illegal land tittles arguing that most of them are given out in exchange of large amounts of money.

In addition, he said that most of the illegal tittles were issued before computerisation of all tittles belonging to government.

And now after the computerised system “It’s hard for anyone to claim ownership because the system rebuffs it.”

In a president’s statement issued in the early days of 2018, he said that government has laid down policies to recover, restore, and protect all gazetted areas in Uganda.