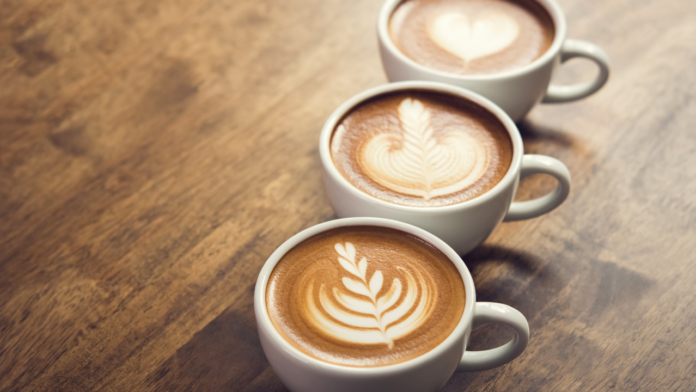 Our article today will answer the question of how much caffeine is in a cup of coffee you drink every day.

Coffee is one of the most important and famous main drinks that is an essential part of our daily routine.

This applies to all types of coffee, while the main component of a cup of coffee is the stimulant caffeine, whose percentage varies from one kind of coffee to another according to the method of roasting, method of preparation, and also the quantity used.

Caffeine is one of the most famous stimulants. It is found in many drinks, such as tea, soft drinks, and some foods such as chocolate. But it is a much higher percentage in coffee of all kinds. Experts say that caffeine has a good effect on the psychological state of human beings. As the body absorbs it quickly.

Also, its effect on the body extends to a maximum of three hours, then it is thrown out of the body without accumulating in the different parts of the body.

How Does Caffeine Affect Your Body?

Research and studies have indicated that caffeine helps to improve the mood of the person and also affects the circulatory system. The rate of circulatory activity, the digestive system, and its accessories, and may lead to an increase in the level of blood pressure.

Also, it stimulates the secretion of insulin and thus lowers the level of glucose in the blood. It also helps to raise the burning rate and thus lose excess weight.

In addition to the direct effect of caffeine on the nervous system that would help prevent memory impairment, Alzheimer’s disease, Parkinson’s disease, etc… Also it helps to raise the rate of concentration and enhance intelligence. By activating brain functions.

A medical journal indicated that a moderate intake of caffeine would help enhance the benefits of exercise and reduce the amount of stress that you may feel after completing daily or weekly exercise.

On the other hand; Doctors pointed out the need to deal with caution with coffee. So, avoid consuming it in excess so as not to negatively affect public health, especially in patients with high blood pressure and people who suffer from insomnia and sleep disorders.

The caffeine content of coffee depends on many factors, such as:

How Much Caffeine is in a cup of Coffee?

Brewing is the most common way to make coffee in the United States and Europe. Also known as regular coffee, you can make brewed coffee by pouring hot or boiling water over ground coffee beans through a filter.

You can make Espresso by forcing a small amount of hot water or steam through finely-ground coffee beans. Although espresso has more caffeine per volume than regular coffee, it usually contains less per serving, because espresso portions are smaller.

You can make many popular coffee drinks with espresso by mixing it with different types and amounts of milk. They include latte, cappuccino, macchiato, and American. Since milk does not contain any additional caffeine, these drinks contain the same amount of caffeine as regular espresso.

Instant coffee is made from brewed coffee that has been ground or spray dried. They are generally large, dry pieces that dissolve in water. To make instant coffee, simply mix one or two teaspoons of dried coffee with hot water. There is no need for any fermentation.

An 8-ounce cup of decaffeinated coffee contains 7 mg of caffeine, which is a small amount to ignore compared to the amount of caffeine in regular coffee.

You need to drink 10 cups of decaffeinated coffee to get the amount of caffeine in a regular cup of coffee. There are many ways to decaffeinate coffee, but they all happen to the green coffee beans before they are roasted.

Soaking green beans is one such method, and steeping most of the caffeine content of the water but with it most of the flavor in the coffee.

The water is then mixed with a solvent such as methylene chloride and ethyl acetate, which evaporates the caffeine from the water and then returns the coffee to the water to regain the flavor lost during the process.

Although the name may be misleading. However, some varieties may contain higher amounts of caffeine, depending on the type of coffee, decaffeination method, and cup size.

Coffee is rich in antioxidants, and many studies show that they are good for your health. However, consuming too much caffeine can cause different effects such as anxiety, disturbed sleep, heart palpitations, and insomnia.

Consumption of 400-600 mg/day of caffeine is generally not associated with adverse effects in most people. This is about 6 mg/kg of body weight, or an average of 4-6 cups of coffee per day.

However, caffeine affects people very differently. Some are very sensitive to it while others find themselves unaffected even when they drink large amounts of it. 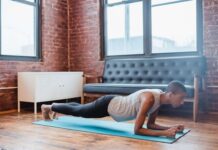 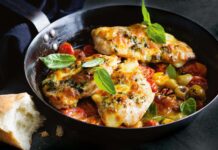 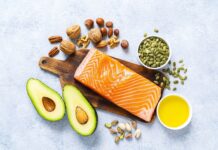 How to Use a Running Diet to Lose Weight