This week city lawyer Kasim Male Mabirizi, who recently sued Ronald Muwenda Mutebi II and Buganda Land Board t upon registering all tenants on Buganda land at a fee which he referred to as illegal and against the rules that govern Uganda resumed his claims and allegations against the king who has ruled Buganda Kingdom since 1993.

According who was also cited in the Age Limit case says that he wants Buganda Land Board to pay him his money he used in filing the case Buganda in the high court and all the expenses he incurred during and after the court hearing and ruling. It should be remembered that Buganda Land Board and Buganda Kingdom were ordered to pay lawyer Mabirizi after losing the case in court and therefore Mabirizi seeks court’s order to collect this money. 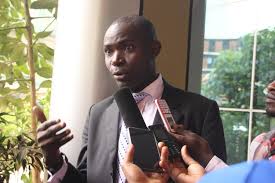 Although Buganda Land Board appealed against the court ruling through its lawyers led by Christopher Bwanika and won the case, Mabirizi insists that he had all the rights and court orders to be paid in the previous court ruling.

The complicated lawyer argues that the Kabaka must pay him in the shortest possible time or else will seek more powers from the court which may result into more charges to the Kingdom.

According to reports from Buganda Land Board, they insist that court ordered Mabirizi to pay the king but not to be paid and he is therefore using this as an excuse not to pay.

“Mabirizi is supposed to pay Kabaka and not Kabaka paying him” they said.

It should be remembered that Mabirizi recently stormed court with a pick-up of books and files claiming to be filled up with witness and defense against the earlier court ruling with over 20,000 pages.

Mabirizi claims Kabaka is the a trustee of the land on behalf of his subjects and he is one of the first lawyers to sue taken Kabaka Ronald Muwenda Mutebi in courts of law over land issues.