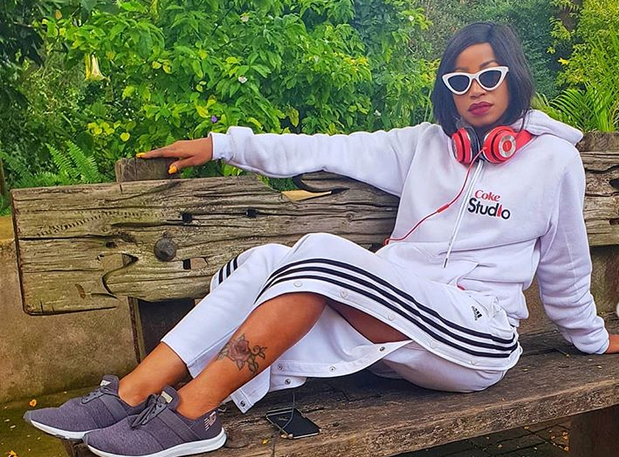 As songbird Sheebah Karungi is getting ready for her Mwooyo concert that will happen at the end of this month at Hotel Africana, the wankona hit maker and lead singer at Team No Sleep has landed a juicy deal with Coca Cola to represent Uganda together with another hit maker Walukagga Shafik alias Fik Fameika of the Tonsukuma hit song in the next Coke studio season 2019.

Through her social media platforms, Sheebah revealed that she will be again representing Uganda at Coke studio and promised her fans to expect the best this season.

“AM BACK!! Thank You Coke Studio Africa for Having Me Again!! Super Excited!! Banange, Thank You So Much for All My Birthday Wishes! I Haven’t Replied Most Of You, Had To Head To Airport Immediately After The Show.. But I Appreciate Your Love, Prayers & All Those Sweet Messages,” posted Sheebah.

The next edition of Coke studio is expected to resume in February 2019 featuring the leading African singers and this time Uganda will be represented by Fik Fameika, Sheebah Karungi, Alvin Kizz among others. These will join a list of other singers who have represented and won at Coke studio. These include Jose Chameleon, Julian Kanyomozi, Bebe cool, Ykee Benda, Edduy Kenzo, Rema Namakula, Lydia Jasmine among others.

Other African artistes to feature in the next Coke studio include Wasafi music producer, Lizer, Naiboi (Kenya), Winky D (Zimbabwe), Mahlet (Ethiopia), Messias (Mozambique).hip-hop heavyweight Khaligraph Jones (Kenya) and BET award-winner Rayvanny (Tanzania) who will be also performing in the studio for the second time.