Our quality is still way below the likes of Liverpool, United, Barcelona, Madrid, and Juventus – Pep Guardiola on his current Manchester City team

Following a 2-1 loss to Manchester United over the weekend, Pep Guardiola has admitted his City side is still below per the level of other big teams around Europe.

Goals from Anthony Martial and a well-hit penalty by Marcus Rashford guided United to big win over their neighbours Manchester City. Meanwhile, Nicholas Otamendi headed in from a corner for City’s consolation goal.

The win left the defending champions 14 points behind log leaders Liverpool who have not lost a single game this season.

The city has now lost four of their 16 league games this season however, manager Pep Guardiola has insisted that Manchester city needs to improve in all aspects of their game to reach the level of top teams across Europe.

“United have the quality to defend and the quality to attack the counter-attack and you have to accept that. That is the level we face against Liverpool, United, Barcelona, Madrid, Juventus. They are the teams we have to face and the reality is maybe we are not able now to compete with them,’’ Guardiola implied.

“We have to improve and accept it and move forward. Maybe we need to live that as a club to improve, to accept the reality now and improve.”

Under Guardiola, City has been back to back Premier League champions over the past two years, clocking up 100 points in 2017/18 and winning all England’s trophies last season.

This season they are currently third in the league and have also already qualified for the last 16 of the Champions League ahead of Wednesday’s final group game against Dinamo Zagreb.

The city is also in the League Cup quarter-finals with FA Cup awaiting in January next year.

Despite their recent struggles to win games, Guardiola is still optimistic is City side will bounce from a couple of setbacks.

“We are at the beginning of December and we have other competitions to play in and other games to fight and improve on. Maybe this is going to help us in the future so we need to live this as a club to be better.

The reality is we are 14 points behind for the mistakes we have done, for the quality of our opponents and especially, as well, the things we cannot control,” Pep Guardiola implied. 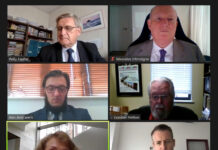 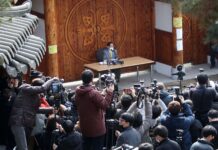