The Wednesday Summit to be held in Angola’s Capital Luanda seeking mediation between president Yoweri Kaguta Museveni and president Paul Kagame, following the Uganda-Rwanda Border Closure of Katuna and Gatuna has been welcomed by a section of legislators in Uganda.

In the summit, the two presidents are expected to sign a peace deal to end the border conflicts that have suffered the two countries economy.

“If they have decided to sit as leaders of these two great countries. My humble request to them is that let them open up the border points,” Abdullatif Ssebagala, MP Kawempe North Constituency said.

The legislators believe that once the tension is ended, business activities between Uganda and Rwanda will return to normal as well as creating new business opportunities for both nationals.

“So, I think for the good of the countries and also the relationship! because we are brothers and sisters, so I see it’s a good thing. Next time we shouldn’t repeat such nonsense! We are the same people and we fight one another,” James Waluswaka, MP Bunyole West Constituency stated.

Francis Mwijukye, Buhweju County legislator said that the two countries are suffering because of President Museveni and Kagame’s misunderstandings.

“It’s between Mr Museveni and Mr Kagame! So at the end of the day, it’s going to be surprised that they have now resolved their issues for which we have suffered as a country, for which the Rwandese have suffered as a country just because of the misunderstanding between two individuals. So it’s a long overdue, they would rather swallow their pride, open the borders and we transact business as usual.”

The signing of the Uganda-Rwanda Border Closure peace deal that will see opening up of the two border points and business return to normal, between President Yoweri Kaguta Museveni of Uganda, Paul Kagame of Rwanda.

The Uganda-Rwanda Border Closure peace deal will be witnessed by president Felix Tshisekedi of Congo and Joao Lourenco of Angola who has played a vital role in uniting the two leaders.

The summit will be held in Angola’s Capital Luanda on Wednesday 21 August 2019.

These two border points Gatuna-Katuna were closed on February 27, 2019, by the Rwanda government blocking traders from transacting business between the two countries over complicated issues.

The legislators also said that the peace deal between the two countries should as well address the issue of compensating business individuals who lost properties as a result of closed border points.

Nevertheless, the Legislators are divided with some questioning why the two leaders had to seek mediation in a faraway country saying that this gives out a vote of no confidence in their East African counterpart.

“It leaves a lot of questions especially when they had to seek an audience to each other in a foreign country, I mean in a country that’s far away from East Africa,” John Baptist Nambeshe, Manjiya County legislator said.

While MP Waluswaka says there’s no problem in handling these matters in Angola because of it one way of unifying Africa politically.

“So, it’s a political trick of bringing a bigger Africa together. don’t look at the narrow way of saying that they would have signed from Mirama Hills or in Nairobi, that’s a bigger way of doing things,” Waluswaka said. 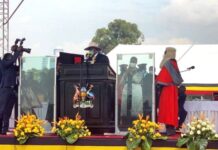 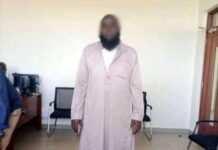 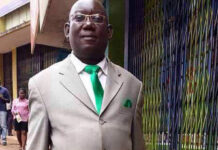