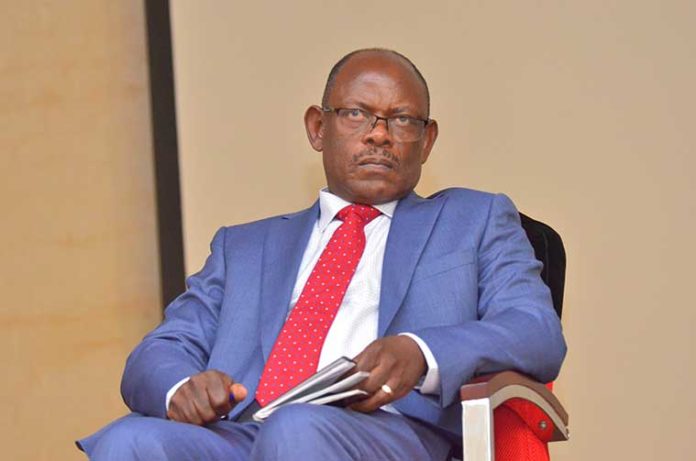 Latest developments from Makerere University indicates that issues between Prof Banabas Nawangwe, the University Vice Chancellor and Dr Deus Kamunyu the MUASA chairperson may not end in peace.

Prof Nawangwe has fired back at every one feeling sick over Kamunyu’s suspension on his tweeter account Tuesday morning saying that he is testing his own medicine.

“Its’ interesting to see so many people jumping up to shed crocodile tears about the suspension of Deus Kamunyu. Deus was suspended for his personal transgressions and not as chair MUASA. Where were you all when Deus was busy damaging the reputation of the Council, Management and many colleagues who have worked for long to build their reputation?”

Dr Kamunyu reacted negatively to the recent sacking of 45 Makerere staff over indiscipline cases noting that it was discriminatory and needless.

“I wonder why a knowledgeable council could pass such a careless law without consulting the legal department. Whatever was passed is against the provision of the Constitution of Uganda.”

He’s also said to have engaged other staffs in illegal activities and fuelling them to confuse university activities.

“You have continued to engage in acts that amount to misconduct including offences under the computer Misuse Act, incitement with an intent to cause disobedience and strikes to undermined the university administration. Security reports have shown that you are continuing to incite other staff to disrupt university activities and engage in related unlawful acts.”

However, Dr Kamunyu undermined Prof Nawangwe’s suspension letter stating that he will not step down because the reasons leading to his suspension are groundless.