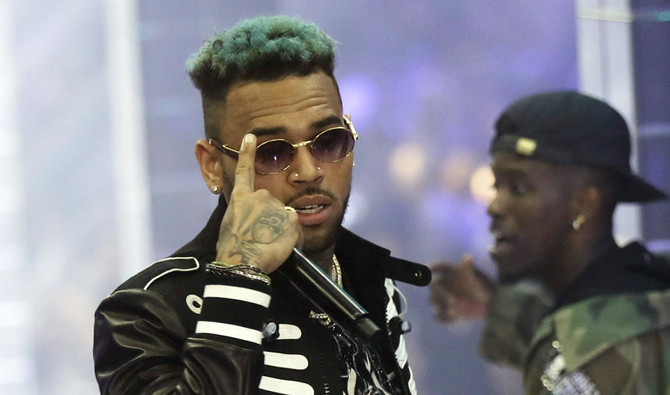 The Paris prosecutor has confirmed the Grammy Award winning musician Chris Brown, US based and two more people were release from police custody after the alleged rape case filed against him on Tuesday.

Chris Brown was detained in police custody with other two suspected persons over aggravated rape and drug violation.

And now the Paris prosecutors have directed Brown to leave France while investigations proceed according to Associated Press.

However, soon after his release Chris Brown posted on his Instagram page firmly declining the allegation and in his defence provided he said that the claim against him is ungracious and challenges his traits.

“I WANNA MAKE IT PERFECTLY CLEAR…… THIS IS FALSE, FOR MY DAUGHTER AND FAMILY THIS IS SO DISRESPECTIFUL AND IS AGAINST MY CHARACTER AND MORALS!!!!!”

Mark Geragos, Brown’s US. Attorney delayed his response on the matter while Brown’s publicist at Sony Music failed to make a statement on brown’s charges.

A Paris official who hid his identity because he is not authorised to speak to the media said that judicial police in the 17th Arrondeissement of Northwest Paris have detained one of Brown’s body guards among the detainees to help in the investigation.

Paris police official narrated that the woman who filed the rape case against Brown stated that she met Brown and his friends on Jan.15&16 at Le Crystal Club at night in the 8th arrodissement close to Champs-Elysees, after they headed to a Hotel named Mandarin Oriental Close to Concorde plaza in Central Paris.

According to Associated Press when the two were contacted Mandarin refrained from commenting on the inquiry while Le Crystal was hard to find.

Last year Brown face a Felony charge involving a night club photographer and was arrested after his concert ended. And since then this is his latest legal case emerging.

Brown began his music career as a teenager and has been performing, with millions of committed followers in the diaspora including 50 million fans on Instagram.

And his Monday Instagram post while at a night club in Paris, fans have responded to it with mixed reactions especially after his rape allegations.

In 2011, Brown won a Grammy Award for the best R%B Album for F.A.M.E after his nomination under his popular songs that includes Look at Me Now, run it, alongside his collaborations including Post to be, and his latest one with Lil Dicky “Freaky Friday.”

Six of Brown’s Albums have gone viral and very soon he will be releasing a new Album this year.

In 2013, Brown spent two and a half months in custody following a charge filed against him of Misdemeanour assault after he pounded a man outside a Hotel in Washington.

Brown was there after admitted to a Rehab centre but after infringing facility rules he was brushed off the Centre.

Also, soon after Brown’s completion of his court-ordered anger-management classes, he was again accused of aiming a brick at his mother immediately after the counselling session.

While on Jan. 2018, California Fish and Wildlife agents snatched the Capuchin Monkey called Fiji from Brown’s residence in Los Angelos after displaying his 3yrs old daughter, Royalty, Cuddling with a pet Monkey, to his Instagram page.

And after the seize he was charged with Misdemeanour meaning he was illegally owning the Primate.

On Feb. 6 2019 Brown will be prosecuted in Los Angelos-California.