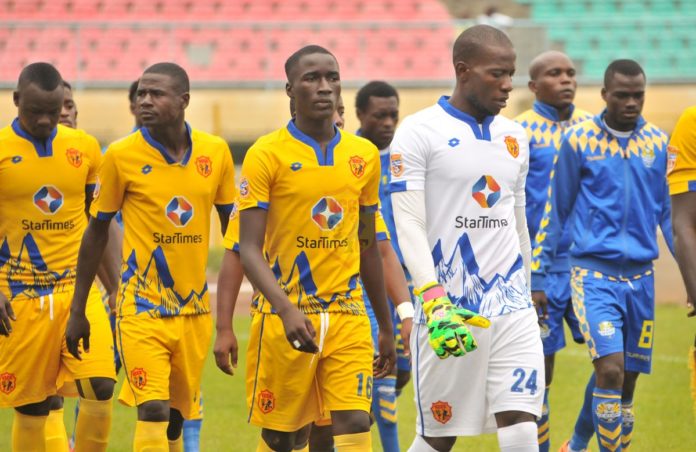 On Tuesday Kampala Capital City Authority Football Club (KCCA FC) were forcefully kicked out of this year’s edition of the Uganda Cup by Underdogs Tooro United after a tough 90 minute match held at Buhinga Stadium in Fort portal.

Both teams played to a one all draw in the normal 90 minutes before the visitors were ejected in penalty shootouts.

At first KCCA took the lead only 51 minutes after kick off after Patrick Kaddu’s strike, before Tooro’s Allan Kayiwa levelled matters at home.

However, in the spot kicks, Timothy Awany, Hassan Musana and Allan Okello failed to convert their penalties leaving Muzamiru Mutyaba as the only scorer.

On the other side, Issa Mubiru, Willy Kavuma and Kawooya converted their spot kicks to make it 3-1 and eject the defending champions out of the Uganda Cup.

The development comes only two days after KCCA were ejected out of the Caf Confederation Cup by Congolese side AS Otoho on Sunday.

This leaves KCCA FC with only the StarTimes Premier League as the only front to fight for any silverware this season.

Kasasiro boys’ elimination comes only days after record league champions SC Villa choked on Nkambi Coffee as they got eliminated from the Uganda Cup by the regional side from Masaka.

A group of 16 teams will now await for the draw to see who they are pitted against on a date yet to be named.

Express FC and KCCA FC on ten times are the most successful teams in the second most prestigious competition in Ugandan football that started way back in 1971.