Gulu University (GU) is a university in Uganda. It is one of the nine public universities in the country, as of September 2016.

GU was established by Act 7 of 2001 of the Parliament of Uganda. That Act was subsequently amended by Act 3 of 2006. The university admitted its first students and commenced teaching activities in September 2002.

In 2009, GU established a constituent college in the town of Lira, which is about 102 kilometres to the south-east of Gulu. The campus, then named Lira University College, admitted its first students in August 2012 (100 of them).

It continued operating in this capacity until the Ugandan Parliament (Act No. 35, July 2016) elevated it to an independent public university. Since 1 August 2016, it has been referred to as Lira University. 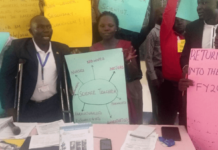 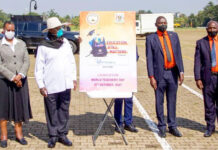