Makerere University Council has approved the Affirmative Action Policy providing for a 40 per cent enrollment quota for female students in Science, Technology, Engineering and Mathematics (STEM).

After a 147th meeting that was held between 6th to 8th August 2019, the council approved this policy.

Earlier the policy was referred to Senate by Council at the 142nd meeting.

“I wish to applaud Makerere University Council for approving the policy on affirmative action for women in STEM. The policy ring-fences 40% of vacancies in all STEM disciplines for women. This is a Great Leap Forward for Makerere University,” the Vice-Chancellor, Prof. Barnabas Nawangwe applauded the new initiative.

The approval marks yet another landmark by Makerere University towards fostering gender equality in STEM Affirmative Action Policy in the region.

Also, it contributes particularly towards the Sustainable Development Goal (SDG) 5 on Gender Equality and SDG 8 on Decent work and economic growth.

“You may want to note that during their adoption, the SDGs were billed by then Secretary-General Ban Ki-Moon as the ‘development agenda which leaves no one behind.’ Makerere University’s recently approved STEM policy is exactly a step in that direction. I am deeply excited to note that once again, Makerere University is leading the path toward Gender Equality Promotion” said the Acting University Secretary and Secretary to Makerere University Council, Mr Yusuf Kiranda before adding that STEM is a commendable step towards fostering labour market inclusion for women.

According to research made by the National Council for Higher Education, STEM Affirmative Action Policy graduates are far more likely to find employment in their first year of graduation as compared to their counterparts in the humanities.

Moreover, Uganda’s development pathways as enshrined in the second National Development Plan and Vision2040 suggest that labour demand growth in the foreseeable future will be concentrated in sectors requiring STEM-related skills.

By putting Affirmative Action for female students in STEM into policy, Makerere is working to foster gender equality not only internally within the University but also externally through expanding opportunities for women to engage in the economic fabric of the Ugandan society.

As the oldest University in Uganda, Makerere was established in 1922 as a technical school offering courses in carpentry, building and mechanics.

With a student body of around 38,000 and comprising 10 constituent colleges, Makerere University also offers evening and external study programmes.

It is a research-led institution and boasts partnerships with government, industry and other Universities.

Located on Makerere Hill, one of the six hills on which Uganda’s capital city Kampala is built, the University’s main campus spans 300 acres and is just a short distance away from the city centre.

Comprising a total of three campuses, the University’s estate also includes a 350-acre farm – part of its College of Veterinary Medicine and Animal Resources – and a conservation field station situated on the edge of the Budongo rainforest, used by its students of forestry and conservation.

The University prides itself on the work it does towards securing gender equality.

Its initiatives such as the Female Scholarship Foundation, which helps women from disadvantaged backgrounds into higher education, have achieved global recognition, from the Government of Sweden, among others. 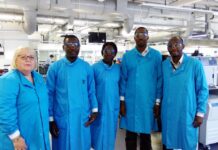 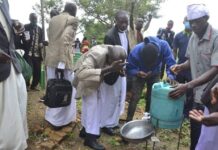 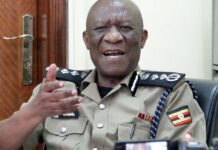